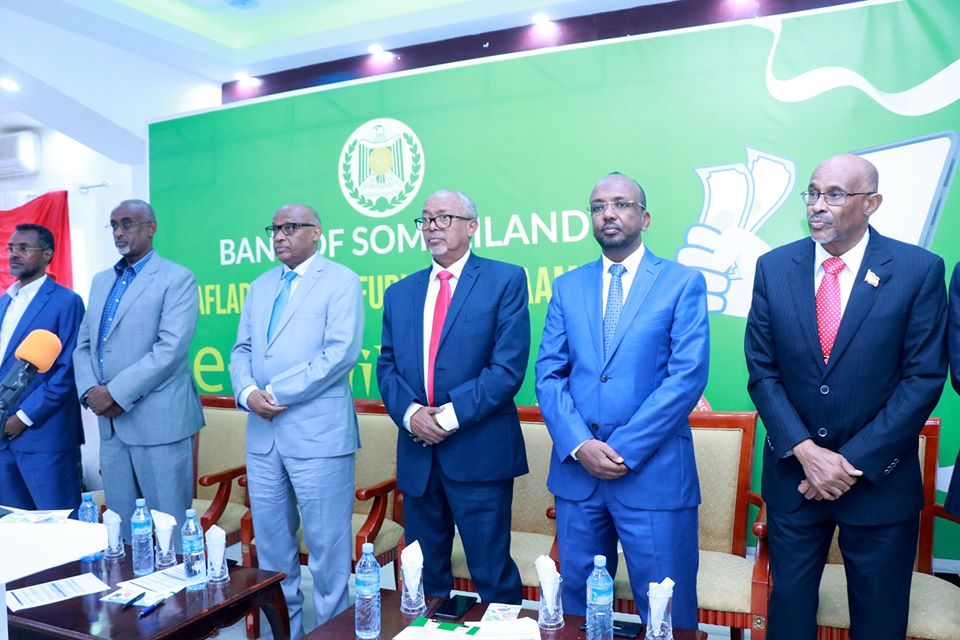 The new service is a joint operation by Somaliland Central Bank and Civil Service Commission and is being launched as a pilot on select government agencies including the Ministry of Finance and others.

According to the information shared by government officials who attended the unveiling ceremony, the new cashless service will solve logistical issues associated with distribution of large quantities of cash for public servants and will have the added benefit of reducing corruption, although, how the system will achieve the last point was not elaborated by the officials.

The service will enable public servants to receive their salaries on time and will have the ability to transfer to existing electronic currency platforms such as Dahabshiil’s e-Dahab and Telesom’s ZAAD.

The two largest telecom companies of SOMTEL and TELESOM are partners in the program.

Once fully functional, the program is expected to bring in a large customer base for Somaliland Central Bank and according to the Minister of Finance Mr. Saad Ali Shire, should help employees save a portion of their salaries.

Sugar. Cellphones. Corruption: The Container that Claimed the Entire Leadership of Berbera Customs