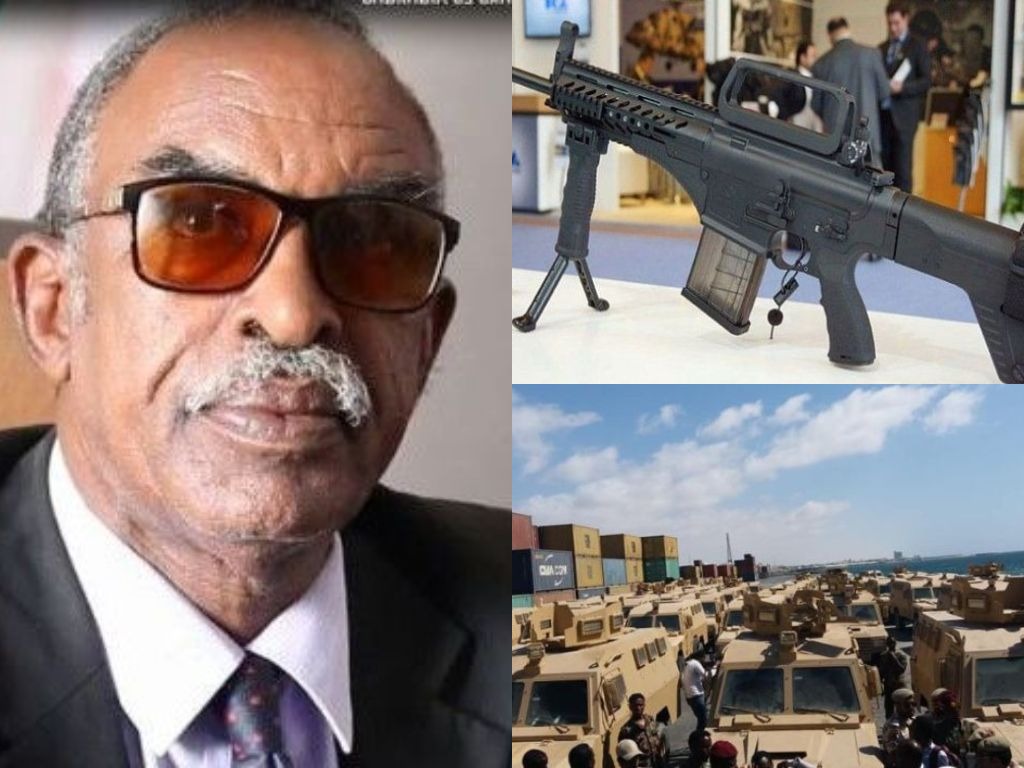 The Minister of Information Hon. Mohamed Muse Diriye reminded that there is a weapons embargo in effect that prohibits Somalia from importing weapons. The Minister added that Somalia is actively seeking to acquire new arms from Eritrea and Turkey and added that others have already delivered shipments of armament to Somalia in violation of the UN weapons’s embargo.

“We all know that Farmajo’s government based out of Villa Somalia has been trying to acquire weapons and that they have asked Eritrea and Turkey and that other countries that I do not want to name have already given weapons to them [Somalia]”, said Minister Diriye.

The Minister stated that weapons acquisition by Somalia would endanger Somaliland and the Horn of Africa at large.

In addition to Turkey, on January this year, Qatar has supplied armored trucks to the Somali government.

In his stern warning to the International community and particularly to IGAD and the African Union, the Minister reiterated the need to enforce the arms embargo currently in effect in Somalia.

The Minister of information in his address to the International community through the local media stated that “We want the world to be careful and if they allow him to get weapons, we too should be allowed to import weapons”.

The Minister did not name Turkey and Qatar in his press statement.

Is Larry André serving in the Best Interest of the United States in Somalia and Somaliland?