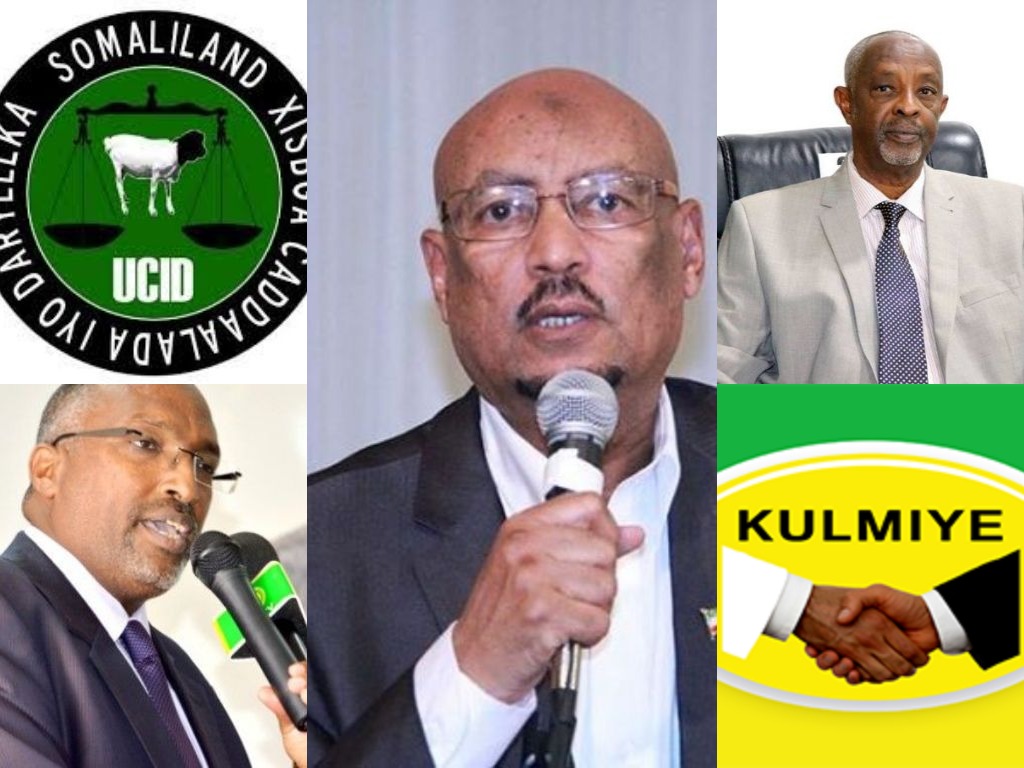 A delegation from the two of Somaliland’s political parties, UCID and Kulmiye departed for Nairobi today to meet with Somaliland Donor Working Group chaired by the UK.

The delegation is led by the chairman of UCID Eng Faisal Ali Warabe and the Minister of Interior Hon. Mohamed Kahin Abdi representing Kulmiye. Other members include Abdiasis Samaale, the former Minister of Finance in President Siilaanyo’s administration and member of Kulmiye party, Ahmed Abdi Dheere and Prof. Ahmed Abdi Muse Abyan.

It is unclear why only two of the three political parties are attending the meeting. Efforts to reach Waddani for comments have been unsuccessful.

According to diplomatic sources from the Ministry of Foreign Affairs, the delegation is scheduled to hold talks with the EU, UK, Denmark and the United States about Somaliland elections.

International community has been pressing Somaliland parties to come to consensus and resolve disputes to hold parliamentary and local council elections on time.

Efforts to reach Somaliland’s diplomatic mission in Nairobi for more information have been unsuccessful.

This is a developing story, please check back for updates.

Egoism and Political Miscalculations Closely Brought Somaliland to the Brink. Opening New Political Organizations May Have Saved the Nation.