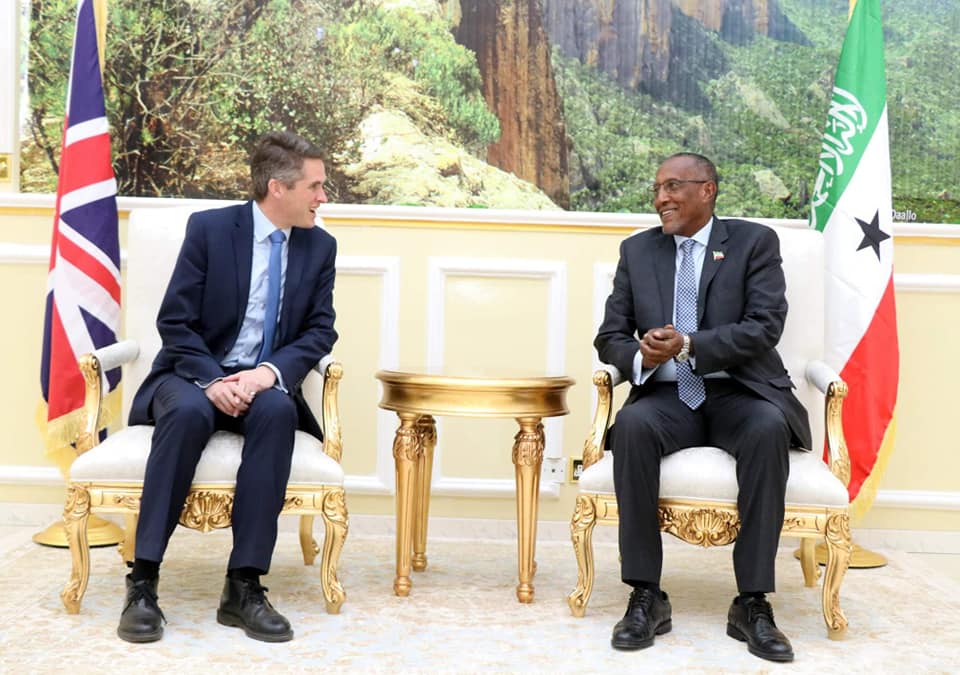 The purpose of Mr. Williamson’s visit to Somaliland and what he discussed with the President are unclear. Sources tell Somaliland Chronicle that Mr.
Williamson and President Bihi a one on one meeting that lasted several hours.

Political analysts and diplomatic sources are speculating that the United Kingdom is sending a clear message to Somalia with the Minister’s visit which is the culmination of high level rapprochement by the international community since the ouster of SSGR Nicholas Haysom by Somalia’s Federal Government.

This is a developing story and will update as we know more.