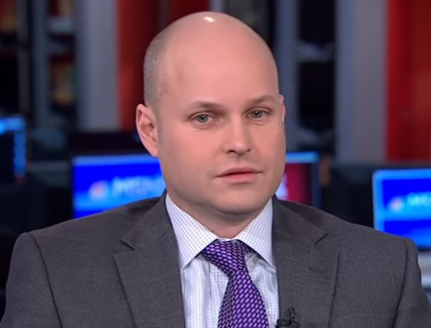 Jonathan Starr, the founder of Abaarso School in the outskirts of Hargeisa, discusses future plans for the school, expansion plans and challenges he faced in Somaliland.

Somaliland Chronicle:  Mr. Starr, we really appreciate you giving us the opportunity to talk to you and Abaarso School to learn a little bit more about you and the school’s operations and future plans.

Somaliland Chronicle:  There is quite a bit of literature about your background and how you started the Abaarso School but out of all of the countries you could’ve picked, why did you choose Somaliland? Tell us the first time you visited Somaliland

Jonathan Starr: First I want to thank you for doing this interview. We always appreciate the opportunity to help people understand Abaarso School.

I have a Somali uncle named Billeh Osman who is originally from Erigavo, attended Sheikh Secondary School, and then came to America for his university studies. While in America he married my aunt and enjoyed a long career with the United Nations. From the time I was a child Billeh had told me about his home country of Somaliland, which he spoke of with great pride. My career was in finance where I had made some money and now wanted to make a contribution to the world. Billeh convinced me to come visit Somaliland in 2008 to see if my contribution could be there. Before I’d even left the 2 week trip I’d committed to starting a great school. I returned to America where I worked on the plans and then moved to Somaliland to found Abaarso in 2009.

Somaliland Chronicle:  Abaarso School is feeder to prestigious universities around the world, particularly the United States. So far how many Abaarso Students were accepted into international schools?

Jonathan Starr: Over 130 Abaarso students have continued their education around the world, including at Harvard, Yale, MIT, and Cambridge. In total these students have earned over $23 million in scholarships. These students are showing the world just how smart and capable Somalis are while also exposing America and other countries to Somali culture. Abaarso students are great ambassadors for all the wonderful potential in the country.

Perhaps the most exciting aspect of the scholarships is that Abaarso students are going abroad so as to develop new skills that can be brought back to their country. Abaarso students are now graduating from foreign universities and are already making contributions to society.

Somaliland Chronicle:  Does the school give special consideration or programs to students with disabilities?

Jonathan Starr: Abaarso seeks a student body who is dedicated to improving themselves and their country. While this is not a perfect process, the school continuously works to improve its admissions policies.  As part of the process, the administration takes into consideration students’ backgrounds and how much they have overcome to reach Abaarso. Students with disabilities have needed to face an extra challenge to succeed and they should receive credit for that. The school also seeks students from small villages and orphanages for the same reason. These students have proven themselves by overcoming their tough environments.

Somaliland Chronicle:  While the school is doing a great job there is much more work that needs to happen in the education sector in Somaliland. Are you doing any collaboration with the Ministry of Education or other privately owned institutions to help them up their teaching standards?

Somaliland Chronicle:  To maximize your effort of making an impact in Somaliland and it is future, does it make sense to train recent university graduates to become teachers and equip them with Abaarso School’s trade secrets to perhaps educate more student than Abaarso School alone can accommodate?

Jonathan Starr:  That is almost exactly what we’re doing except that we are starting with recent secondary school graduates. A year ago Abaarso School launched Barwaaqo University, which is a 4 year all-women boarding university for the purpose of training teachers. We are extremely pleased with how the students progressed last year and we expect them to continue improving themselves even after they become teachers. With the Barwaaqo graduates out in the world, Abaarso’s quality of education will spread around the country.

Somaliland Chronicle: Abaarso School is Accredited by the New England Association of Schools and Colleges, and though listed as Somalia, Somaliland is the only country with a school accredited by this prestigious body, tell us what kind of impact this has to students who seek admission to overseas universities.

Jonathan Starr:  The New England Association of Schools and Colleges (NEASC) accreditation was a great stamp of approval for Abaarso School and for the wider Somaliland community. It tells the world that Somaliland can host world-class institutions. Clearly excellence can be attained in Somaliland so investors and donors should take an increased interest in the country.

NEASC accreditation benefits Abaarso students in many ways. It means that universities all around the world view Abaarso students at the equivalent of US graduates, which makes many more universities possible for them to attend. It also tells potential teachers, administrators, and donors that Abaarso has been thoroughly vetted and approved.

Somaliland Chronicle:  Are there any future plans to open branches in other parts of the country?

Jonathan Starr:  We have extensive plans to go further into Somaliland education, just as we’ve already shown by opening Barwaaqo University. Barwaaqo is a boarding university for girls, and similarly we’ll want to eventually launch a boarding university for boys. In addition, we’ll be opening primary schools in the coming years, first in Hargeisa and then in other Somaliland cities. We want to make sure many more families get access to our quality of education.

Somaliland Chronicle:  Were Abaarso Tech University and Abaarso School affiliated at some point? We understand there is some kind of dispute, are you at liberty to talk about that?

Jonathan Starr:  I originally founded and oversaw Abaarso Tech University, initially with classes held on Abaarso School’s campus. This is how it got the Abaarso name and why it started with business, which is my background. There were some great classes with students like Munir Abusita, Ahmed Elmi, and Saeed Abdulkadir, as we discussed business strategy in Somaliland. However, those early years for Abaarso were very challenging as we were dealing with individuals trying to kick us out of the country. Ultimately we decided that we couldn’t make commitments to new students until the situation improved. For this reason Abaarso School did not take a new class of students in 2012 and we felt little choice but to close down Abaarso Tech University that same year.

To be clear, I wish all universities in Somaliland well. I just want the people running the university calling itself Abaarso Tech University to use a different name and be clear that we are in no way related. This confusion is not fair to the Somaliland people.

Jonathan Starr:  To say we’ve run into challenges is an understatement. We’ve had people trying to kick us out of the country from very early on. Even now there are particular individuals spreading absurd stories online in an attempt to bully us into leaving. Since such people have never cared about the truth, it is clear that they have other motivations, including jealousy, power, and even politics. There are certainly people out there who do not like the positive publicity that Abaarso has brought to Somaliland.

We’ve had one simple strategy of dealing with these challenges, which is to just continue to produce great students. Abaarso students have gone on to success that showed the world just how great Somali students can be. What’s more, they are deeply committed to helping their country. The truth about Abaarso’s positive impact will continue to become clearer as Somali society benefits more and more from Abaarso students.

Somaliland Chronicle:  Aside from bringing high quality education, you are also bringing a much needed international exposure to what Somaliland has achieved. What would you tell the world about Somaliland and it’s people?

Jonathan Starr:  When you look at Abaarso’s success despite a small budget and reliance on many foreigners, it becomes clear that a lot is possible in Somaliland. Over the past 10 years I’ve also seen the development mindset getting more and more ingrained in Somalilanders. When I first arrived there seemed to be a fear of anything new, and some bad folks would spread those fears to keep their own position in society. Fear was essentially a business tactic to stop competition. However, now Somalilanders have gotten used to foreigners, especially with all those who’ve come in from the Middle East adding new skills to the country. The return of many talented diaspora has also brought innovation. So whereas a decade ago there were so few projects that you could know about all of them, today change is happening all the time. I’m not claiming it is all easy, but with each year I see the country moving forward.  I’m very excited for what the next couple decades will bring.

Somaliland Chronicle:  We want to thank you for your time and wish to speak to you in the future. Good luck with the School and thank you for the work you are doing for our people and Somaliland.

Jonathan Starr:  Thank you. I appreciate the opportunity.

The Elephant In The Room