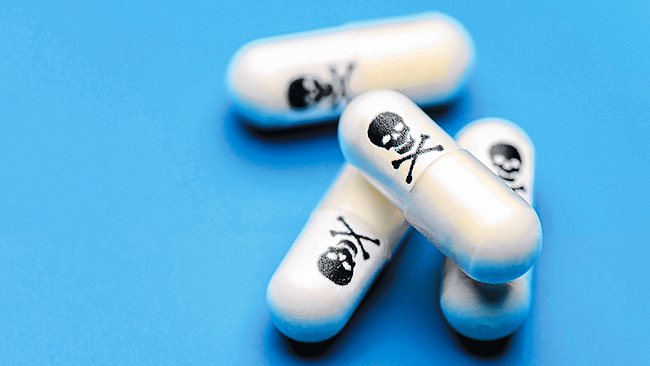 Counterfeit or fake medications kill more than hundred of thousands of people around the world a year according to World Health Organization, we will give you a minute to let that sink in.

This is not a problem for third world countries or unrecognized republics like Somaliland, where deaths related to counterfeit medications are not detected or recorded; this is a problem for almost any country including the United States, Germany and many other tier one economies.

Counterfeit drugs are simply too lucrative and are indiscriminate silent killers. In fact in certain war-torn countries like Somalia, it is estimated that counterfeit or fake drugs kill more people than Al-Shabaab.

Drug forgers spend very little to produce fake drugs, and effective forgers spend maximum effort to ensure their products are indistinguishable from the authentic drugs. In most cases, even experts and medical professional can’t tell the difference without specialized equipment and expensive lab analysis.

Even President Duterte has now made a priority for the Philippines to go after fake drugs. It’s important to remember that this is a leader that has been accused by many right organizations for blatant violation of human right and extra judiciously executing suspected drug deals. Even he thinks counterfeit medications are a problem.

Counterfeit medications generally fall in two categories, where one will have absolutely no active ingredients of the original drug and are made of all sorts of material from flour to ash and anything the counterfeiters can get their hands on. The sanitary conditions of the labs can be very sketchy at best.

The other category, may come from a source with pharmacological knowledge and generally contains some active ingredients though commonly the dosage is almost always incorrect to be effective.

Here is a program that eared on ABC 20/20 where authorities are searching and are finding a shocking amount of counterfeit drugs in Los Angeles California.

Sale of pharmaceuticals in Somaliland is a huge multi million dollar business,  and consumers prefer medications advertised as imported from Europe or North America.

According to a practicing physician from Somaliland who lives in Sweden and has visually examined medications by Novo Nordisk, GlaxoSmithKline, Bayer and Pfizer he has seen in Somaliland, and though he could not confirm if the drugs were counterfeit or authentic, he simply could not believe those medications are cheaper in Hargeisa than Gothenburg Sweden.

A good indicator of counterfeit drugs is often the steep discount relative to the their authentic versions.

There is also a partial explanation for the price difference, the Ministry of Health receives donation of authentic medications from international aid agencies to Hargeisa Group Hospital.

According to employees and others with intimate knowledge of the Ministry of Health and the medical storage facility in Hargeisa, some of these donated drugs end up being sold on the open market.

The largest drug importer in Somaliland are Mubarak,Liibaan and Iimaan and Alla Aamin. Alla Aamin seems to have a list of drugs of European origin, and though we have been unsuccessful in obtaining a pricing sheet from them, we have price checked Insulatard and found that it costs around 169 US Dollars per vial. The questions is, how much is Insulatard (if available) in Hargeisa?

Whose Jobs is it Anyway?

So where is Somaliland Government in all of this? Is there an Agency in charge of overseeing drug safety? And how easy is it to import medicine into Somaliland?

There are very few instances of the QCC confiscating and publicly incinerating expired drugs in the past and the new commissioner out investigators could not locate any instance where the commission has detected counterfeit medication.

Since the inauguration of HE Muse Bihi Abdi and the appointment of the new Commissioner of the Quality Control Commission Musa Hassan Yousuf, there has been a single case where the QCC has confiscated an expired shipment of soft drinks.

Once again, pharmaceutical import or sale is an extremely lucrative business which has the potential of attracting unscrupulous folks but the lack of discernible government quality control and verification over import of medication in Somaliland lead us to believe there are both counterfeit and or sub par medications in Somaliland.

According to sources, Somaliland’s QCC Commissioner and the Minister of Commerce have both reportedly approached international donors for assistance on establishment of drug quality control complete with equipment, training and funding but so far there has been no commitment from international community on this request